...this album demonstrates if nothing else, that sublimation of our inherited sickness is not just possible though art, but essential 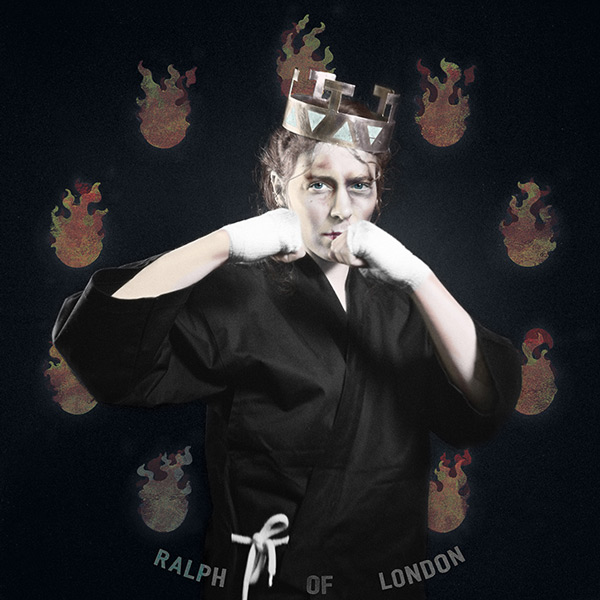 The pop song has never been typical territory for perambulating uncomfortable subjects such as domestic violence, depression or mental illness, yet it has been done with different degrees of effectiveness by those who have probably never found any other territory accessible, those who require the tension of opposites to wrought from within a genuine mode of expression, one in which they are able to harness the dichotomy in producing something that is both entertaining in its aesthetic and succinct in its message. This album holds no pretension of having achieved such an end, but with the means that became available to its progenitor, this was its fundamental motive. Such means did more than just turn a notepad of Ralph's indistinguishable scribbles into a musical narrative, the creation of this album demonstrates if nothing else, that sublimation of the sickness we inherit is not only possible though art, but essential.


...an opportunity presents itself and the personal narrative of the struggle is immediately altered

The actualisation of creativity is entirely at the mercy of its surroundings, spasmodic in reaction to the unrelenting pressures of living, apprehensive in the brief moments when an opening presents itself, the elements rarely aligning for any real breadth of time to consolidate a fully formed work of art. And those undergoing this struggle will be familiar with the scrapheap of unfinished semi-formed stillborn regurgitated disastrous attempts that represents the latent oeuvre within. In such conditions time goes by and society moves on and the one thing that lacks in all the chaos of information and inspiration and experience is the simple framework, the framework within which this creative energy can mark its limitations and flourish. But then sometimes, after all the adversity and persistence, such an opportunity presents itself and the personal narrative of the struggle is immediately altered.

...not even a phone box to be found among the stone wall infrastructure and the sloping streets 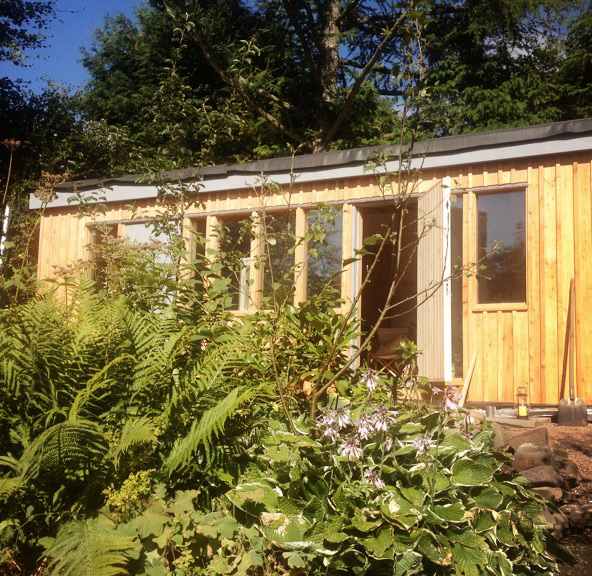 In a quiet hamlet on the Scottish Borders there is a little cottage by the banks of a tumbling river where writers and artists from all over the world have spent months at a time in isolation, honing in on their various practices without the everyday distractions of the modern world. The hamlet has no public amenities to speak of, not even a phone box to be found among the stonewall infrastructure and the sloping streets, but the little cottage houses an abundance of books: the personal library of the writer Gordon Burn, who purchased the property with his wife Carol Gorner as his own creative retreat before donating the house to the trust established in his name at the time of his death. There is an arbitrary stack of cd's on the windowsill ranging from The Collected Works of Glen Gould to The Magnetic Fields' 69 Love Songs, an open fireplace, a kitchen and bathroom equipped with only the most humble of domestic facilities, and at the end of the garden an art studio, through the threshold of which the external world releases its grip and the inner world at last becomes tangible.


...we are all sullied on the streets of Plebeola, from the throne up to the trough 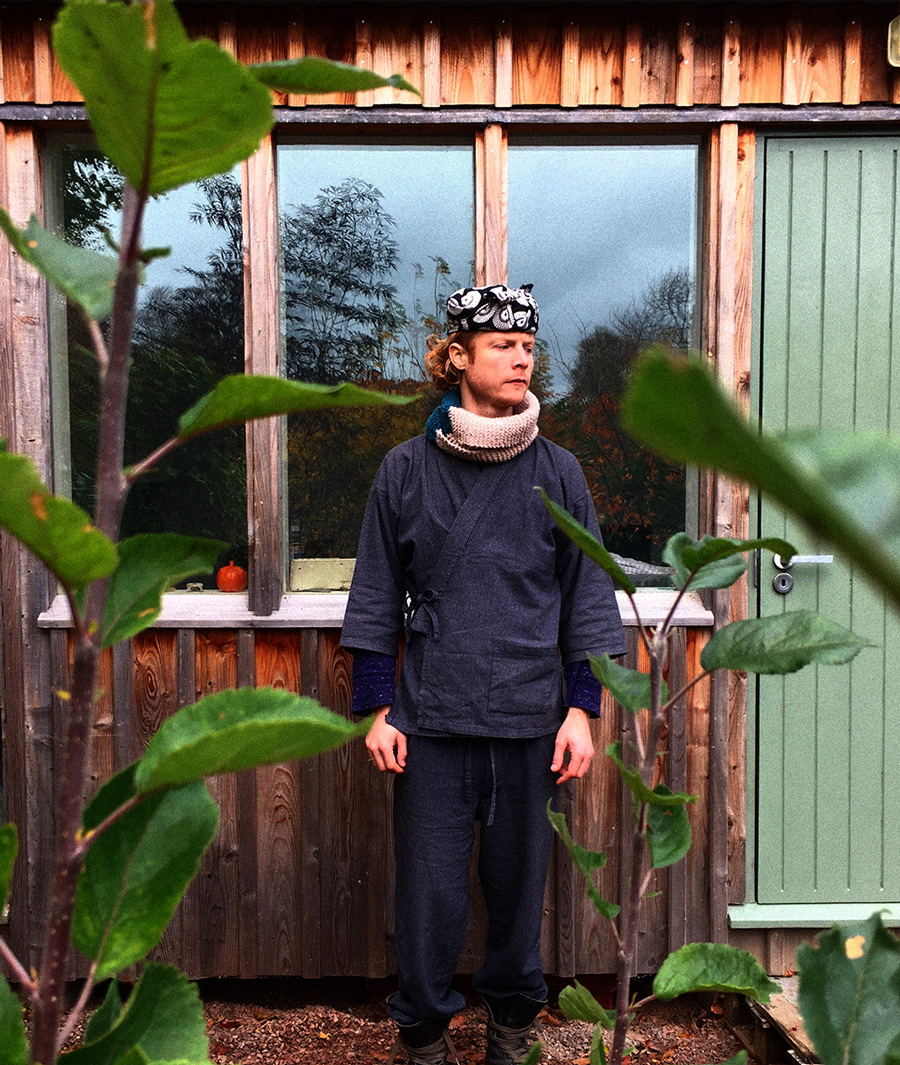 It was in this studio that The Potato Kingdom was first discovered: a parallel dystopia to the media drenched doldrums of our common reality, a place where material obsession has been retrenched into the quotidian worship of the potato, where aspirations are fulfilled in the gutter, where kitsch becomes divine, debased romantic, where we are all sullied on the streets of Plebeola, from the throne up to the trough. Appearing as a mirage at first, once the initial steps were taken past the Kingdom gates, the framework that Ralph had constructed opened up into an unchartered domain that promised a wealth of nothingness and an abundance of riches with no exchangeable value: the perfect environment some might say for the imagination to flourish.


...the first full-length album of its genre: Shitpop, a playlist for the end of musical history


So with as much recording equipment that could be crammed into a trunk, in deepest solitude with a health food regime and the daily mantra of "ginsei-wa-oimo-sa, atenai-mono-sa"*, this strange world was captured within two separate months between 2017 and 2018, in that period between the close of winter and the onset of summer when the microclimate of the Dye valley in Longformacus varies from snowy blizzards to exquisite warmth. The result was 14 songs written and recorded in a seamless output, constituting the first full-length album of its genre: Shitpop, a playlist for the end of musical history. 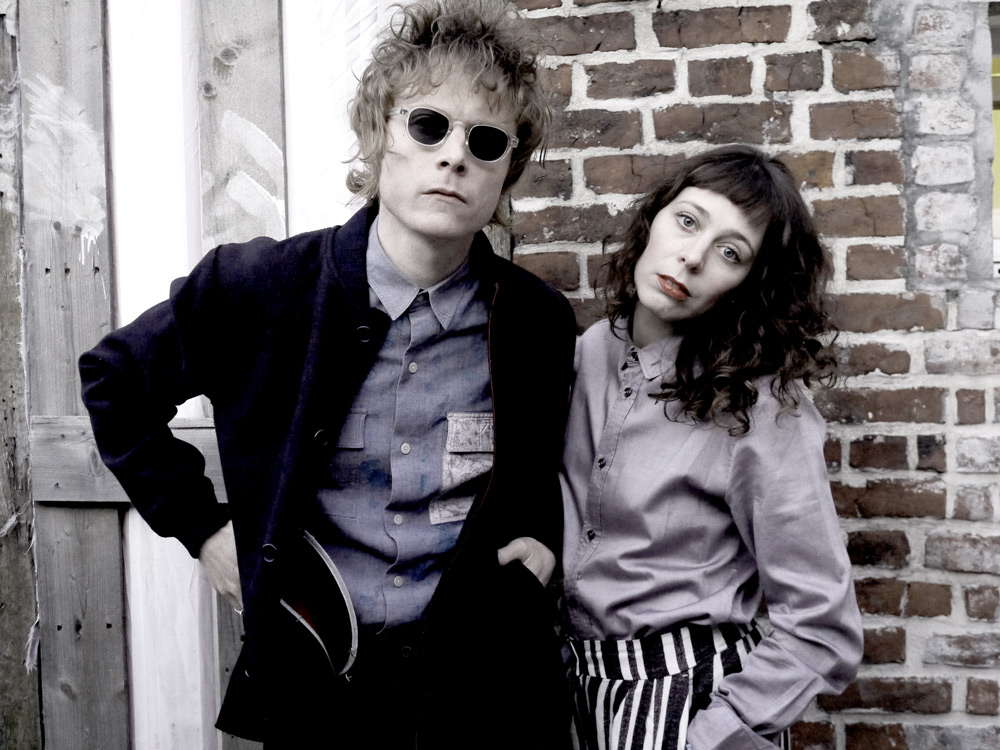 ...bringing The Potato Kingdom to life as a three-dimensional and multi medium concept


Sometime between these two sessions a few of the songs in their working state were played to Ray Davies' personal engineer Josh Green, who offered to mix the album, having intuited a sonic texture for the material that would hold up among the portfolio of notables he had positioned microphones for in the years tilling his trade at Konk studios. The finished album was then mastered by Mazen Murad in one of the worlds largest megastudios located on the shores of the Persian Gulf in Doha.

Working from the ground up over the last two years, Ralph Of London has since acquired the talents of French musicians Diane, Francois, Leopold and Maxime, to construct a live band that's sharpened its repertoire with gigs in both France and the UK, launching the album’s first single, Hopeless Melody, in May 2019 with an art installation from Richard Clegg and support performance from Stereolab's Laetitia Sadier, bringing The Potato Kingdom to life as a three-dimensional and multi medium concept. In February 2020 the second single, Worlds End, will be released and in March the full length album, from which point Ralph and Diane will be developing the project to reach audiences beyond France and the UK.


Ralph is from London and has spent the better part of his life developing various music, art and film projects in the UK, France, Switzerland, Germany and Japan, touring as a session musician in pop bands, scoring soundtracks for artists and performing at gallery installations.


• Live performance and studio drummer with Go Kart Mozart, Scritti Politti, Ezra Bang & Hot Machine and Proper Ornaments.
• Performing and recording artist for Laure Provoust, including installations at the Pompidou Paris and the Tate and Whitechapel Galleries in London, as well as scoring the soundtrack for her feature film The Wanderer.
• Producer and songwriter for artist Ay Wing and pop group Bank Of Joy.

*Life is a Potato, all is nothing.